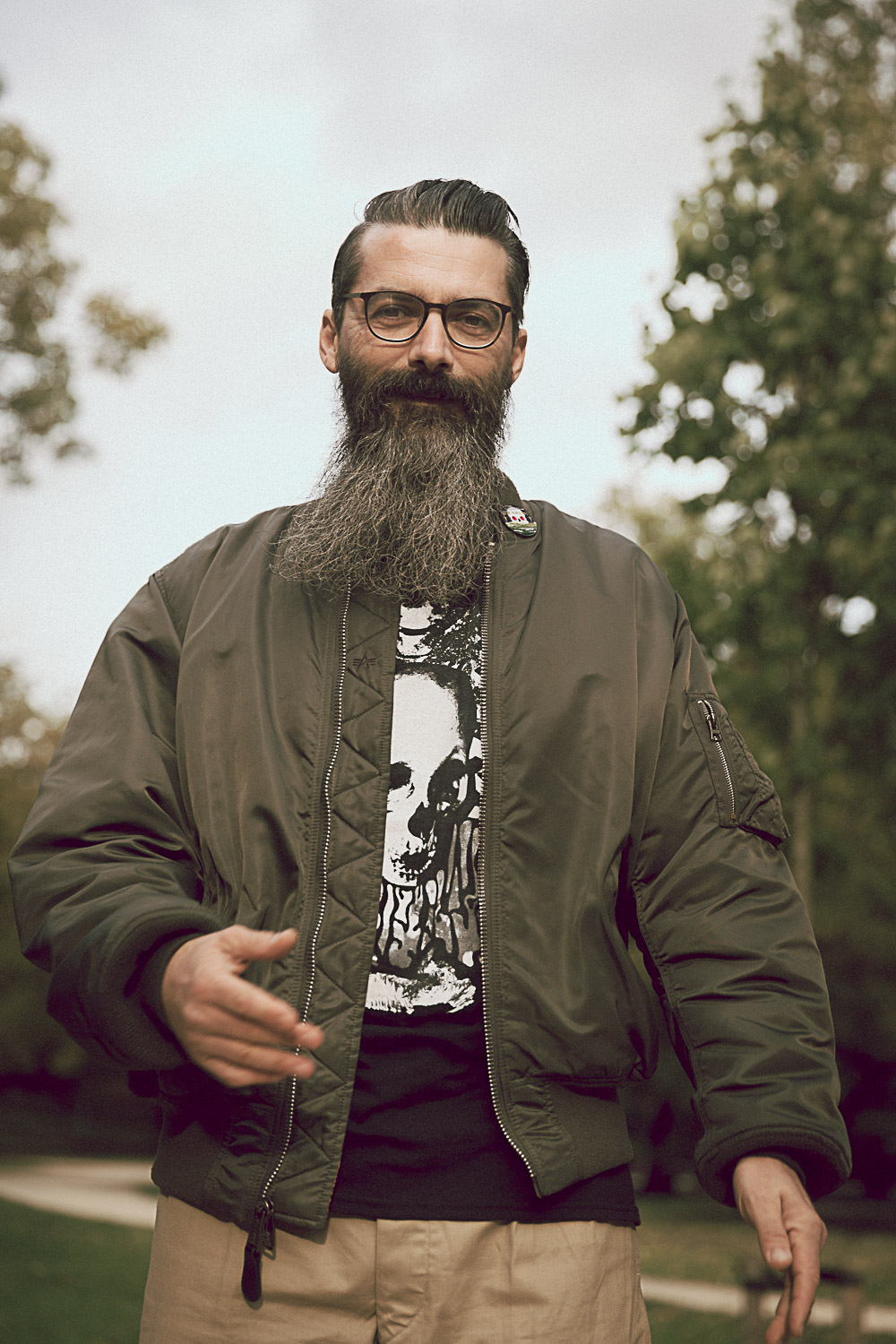 Last October Clone Records hosted a pop-up shop for four days at Radio Radio. You could buy records upstairs and a range of artists like Serge, Steffi, Titia & Mad Miran would turn the club steaming later that day. Around noon the bar was almost empty. Few people were having their first coffee at the bar, and Vladimir Ivkovic was playing and gently waking us up with music made by Micheal Gira, Sonic Youth and Madman.

When Vladimir was finished playing records we sat down for some questions, lost track of time and shared stories, beers and cigarettes the entire afternoon. We ended up talking about his youth, his kids, existential fears, motivation and music, something that needs to hurt, be alive and beautiful.

Niv joins our conversation, discussing topics like religion, loyalty, parents. At some point he turned to his friend and asked: “Vlad, what is your motivation to do all this?"

Ivkovic stopped, thought for a second and replied: “My motivation to do all this is to spread what I learned when I was young, what I’m still learning. There is also some kind of essential existential fear since I can remember. The fact that we don’t have much time on this planet, and that I’d like to do as much as possible as long as possible. This is of course not limited to music only. There was also always this feeling of everything being somehow connected and for me this feeling was confirmed several times. For example once when I was 17, deep in the so called „nature“, really looking at plants, animals, seeing this life, connection, communication. Of course this also immediately raises questions like „What am I going to eat now?“. There is no real line between things, and our language is simply not suitable to describe everything. Places beyond words. So there is zaum. Or music, in my case. Just fading records in and out is not the aim for me. It’s something that needs to hurt, be melancholic, to be alive and beautiful. I’m still looking for answers. Maybe that’s my motivation“.

We had another beer, then Niv left.
“See you later my friend.”

Youth
“I grew up in Belgrade, Yugoslavia. The country was between the two iron curtains: Warsaw Pact and NATO. Belgrade was flourishing. Arts, film festivals, education was free and solid. If we talk about music: there was music. Some albums even came out before they would in London. My parents were young, I grew up in an open house. Friends of my parents would be around often. There were books, films, literature, records produced by friends. Nothing was too avant garde. I grew up surrounded by objects with magic in them. I moved to Germany to study. It was nice for the fact that lots of literature I could absorb without middlemen, translators and interpretors. I studied law, philosophy, physics and history, and I stayed in Germany.”

Anti-university
How are you feeling and what did you do yesterday?

“I’m a bit tired, but I’m good. I played at Garage Noord, it was packed. I really like the team, it’s very young and pure. They have their priorities and focus on the right things. They aren’t led by commercial motives, and I always had a feeling that there is much more behind.”

Did you notice the bar? An acquaintance, one of the founders, based the design on a bar here in Amsterdam called Pollux. Everyone is welcome in the Pollux, to sit around and across this big round bar where you can see each other from the other side. In Garage Noord you can sit at the bar and see the DJ all night without moving from your stool.

Ivkovic: “What a brilliant idea! I like the idea of everyone being welcome, contributing something. Like Salon des Amateurs. Or like something else important for me: The Anti-University of London. A short-lived experiment into self organized education.”

The Anti-university wanted to allow people to meet each other without having to act out socially prescribed roles, believing that this would 'expose the terrible reality of modern life, in which nobody really knew anyone, and spark a revolution. Anti-university today has events organized by academics and autodidacts, experts and enthusiasts and are open to all regardless of experience, background, age or qualification. They are free, accessible and inclusive and are delivered using non-hierarchical, participatory and democratic pedagogy. 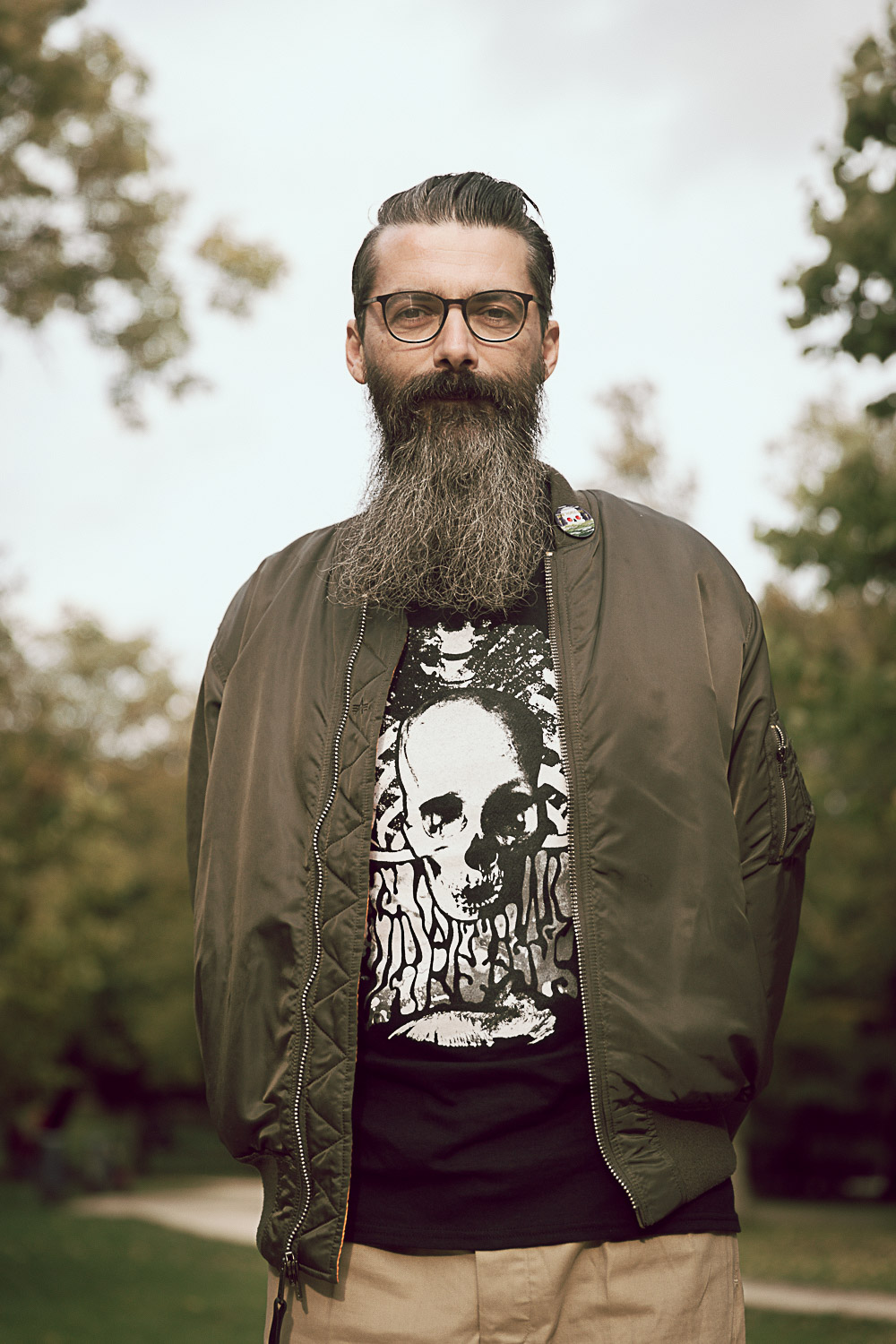 Rokko & Zelda
Earlier that day Niv told us he was excited and a little anxious about the prospect of soon becoming a father. I asked Vladimir about the experience of having his first child, Rokko.

"I spent the first two hours of Rokko’s life with him. In the beginning I was wondering.. ‘What am I going to do for the next 40 years?!’. But then he started to open his eyes and everything was clear. That feeling of ‘knowing', but it also struck me quite clearly that we’ll have so little time for all the stories, travels, hugs.."

That feeling of “knowing”, did you ever experience it again?

“Recently they had some questions about plants, and I thought it’s a good age, 11 and 9, to show them some books. One of them was Ayahuasca Visions: The Religious Iconography of a Peruvian Shaman, another one Plants of the Gods: Their Sacred, Healing, and Hallucinogenic Powers. It was so interesting to see their reactions. Zelda kept showing me some details, and it looked like she knows all this already. From some previous life or maybe it’s simply ancient knowledge passed from generation to generation. It was great to see that."

More Youth
In Amsterdam I can see international artists performing every weekend, buy every book, paper, record I want with a few clicks, travel wherever, whenever, and educate myself on every imaginable topic, the only requirement being a connection to the internet. I wondered how things where when Vladimir was my age.

“I especially miss cultural spaces. When we were young everything was more important, because you had to put effort into finding things. You really had to be deep into certain things, communicate, search, and it felt good to share discoveries and knowledge with friends. Now almost everything is available, and sometimes I wonder if there is also devaluation. In our own fragmented worlds and realities it’s easy to get the notion of knowing and owning everything, and that during such process the value of human communication gets lost. Stories, experiences, exchange, interactions, commitments were maybe more important in my youth. You can also see this in architecture of homes: kitchen, where people use to spend most of the time with their stories, are getting smaller while living rooms with TVs and other „smart“ devices are getting bigger. But.. it’s a complex topic, and it’s just my view on some aspects of it..

Nestlé
“When Rokko and Zelda were 4 and 6 years old they picked up somehow that Nestlé bought a well somewhere in Africa, so that children there suddenly had to pay for their water. From that day they boycotted everything that was connected to Nestlé. That summer we went to Belgrade to spend some time with their grandparents. It was during a really hot day when my father took them out, came back and said, puzzled: ‘I’ve never seen children refusing ice cream.’”

“Zelda (9) has five wishes, she wants to see the Taj Mahal, Pyramids, northern lights, Valley of the Kings (Egypt) and the desert. Last year we went to the Desert but I don’t know if we will be able to see all five of her wishes. I’ll try. And it will be nice to see what new ideas new places bring. Last time we spoke about going to the northern lights, she said: ‘Pap, all that pollution to fly to all those places…’ So we have to figure out the best ways to do that."

I would love to meet Zelda some day.